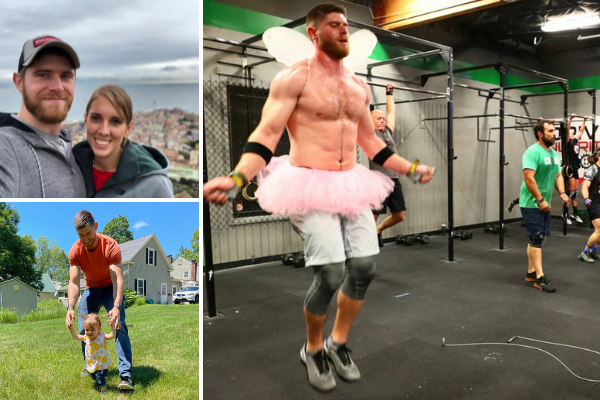 We're beyond proud to announce CJ as our Member of the Year for 2021! Over the years, he has become a big part of the Croga community. Sometimes it seems that he is at the gym more than he is at work or at home, and we love it! If you've had the pleasure of taking a class with CJ, you know that he works hard in every class and rarely finishes with his shirt on. He is one of those rare people that sets goals for himself and takes the small steps that no one wants to take to reach those goals.

During the last year and a half, CJ dialed in his nutrition with Coach Dave and Croga Nutrition to explore and achieve some fitness goals that he has had. He worked hard to lose weight and become the leanest version of himself that he has ever been and had his best Open performance in 2021. In the same year he also bulked up to the heaviest he has ever been to become the strongest version of himself that he has ever seen. CJ took the 1 Ton Challenge late in the year to test out his strength after his bulk and PR'd his Deadlift (565#), Back Squat (430#), Clean (335#), Snatch (235#), and Jerk (320#). Also earlier this year he also reached a goal of Benching 315#, a goal he has had for years.

During the SIP CJ also became somewhat of a coach for a group of athletes that worked out over Zoom. Life was crazy being at home over that time period, yet he made sure that the 7 am Zoom class continued strong. He woke up every day to make sure that the crew had a warm up for the workout of the day and to answer questions for members that maybe didn't know what or how to do a movement. He didn't get paid for this, he did it out of the kindness of his heart and took his own time so that his friends could continue to workout while being at home.

CJ really is a great guy. If you look at his face it says that he is all business and no play, but he's most likely the nicest guy that you could meet. Don't get me wrong, if he comes to the gym he is there to accomplish something and takes it seriously, but at the same time I have seen him go out of his way for so many people inside and outside of the gym. CJ is someone that will find out what your fitness goal is and will then try to help you achieve it, with the same intensity that he would do for his own goals.

The workout that he provided for his MOTY workout is actually a workout he made for one of our longtime members to help her achieve her goals of getting Double Unders and improving her running. I have seen him go to the gym early for others or stay for a later class or even a second class to workout with someone that needed a partner. He is the guy that will help you move your house for no other reason than you need some help and he has a truck.

What you see with CJ at the gym, being the kind hearted and hard working guy that he is, you also see with his family. He is a great husband and father and works hard to make sure that they are happy and healthy.

We are extremely lucky to have someone as special as CJ at our gym. He deserves this year's MOTY award even if he says he doesn't. :)

You made an enormous amount of progress in 2021, what fueled you to keep going when the going got tough?
Two things. First, the Gainz Train iMessage and Zoom group (you know who you are) helped me stay motivated to get in the gym regularly to socialize and throw down. And second, I had some goals that I set early in the year that I wanted to accomplish and showing up and doing the thing consistently is the best way to make progress towards those goals.

What are some new things that you have learned about yourself regarding your fitness during 2021?
I learned that mindset is a huge factor that impacts performance (read How Bad Do You Want It by Matt Fitzgerald. Dave recommended it and it made a huge difference), and that nutrition makes a much bigger difference than I was willing to admit. Turns out running and burpees are way less crummy when you’re a smaller version of yourself. The last major thing is that trying to do too much at once is a recipe for accomplishing very little. Being focused and having focused goals played a pretty big part in me being able to accomplish most of what I wanted to fitness-wise.

You've been a Croga Nutrition client for a while now, in what way has that impacted your fitness?
It (nutrition) has a much bigger impact on my fitness than I ever gave it credit for. I’ve had a healthy body composition for a while but I’ve never really been actually lean. In 2020 I made it a goal to lose weight and see what lean looks like. I lost some top end strength in the process, but cardio and gymnastics became so so much easier. I PR’d some benchmark mono-structural workouts (rowing and running) and had a really, really good showing in the open. In 2021 I wanted to focus on absolute strength, so we worked on slowly, but consistently adding mass while training more powerlifting and accessories. Eventually that was the winning combo for me and the extra mass helped me to hit some pretty big lifts towards the end of the year.

What are some of your biggest fitness goals for this upcoming year?
I have a long list of things that I want to do or get better at, but for 2022 I think I want to focus more on Olympic weightlifting and try to put up some impressive numbers in the snatch and clean and jerk with better overall technique than what I’m doing now. I’d like to be somewhere north of 365 for clean and jerk, and 265+ on snatch by the end.

What's your favorite way to "use your fitness" outside the gym?
I don’t really play sports anymore and I don’t consistently do things like hiking or surfing or anything like that. I think it’s just nice to know that if there’s an activity on the table (softball, golf, climbing, whatever), I can feel good knowing that my fitness is not going to hold me back and I’m not going to be wrecked afterwards (even though I may not be good at it).

What food could you never give up?
I don’t think there are too many things that I could truly never give up, but beef and steak make up a pretty large part of my diet now. I think it’d be tough to let red meat go.

What are your favorite pizza toppings?
Pepperoni, sausage, mushroom, and olives. None of that pineapple nonsense.

What's your favorite adult beverage?
I got into bourbon a bit during shelter-in-place and quarantine - I’d say that’s the beverage of choice these days.

If you could have a conversation with anyone that ever existed (dead or alive) who would it be?
Hard one to answer, but maybe Bill Gates. Smart guy who accomplished a lot during his professional career and seems to have found some very productive ways to spend his retirement years that I’d like to learn more about.

What Hogwarts House are you in?
I took a quiz and the result was Hufflepuff. And that’s all I have to say about that.

Marvel or DC? Who's your favorite superhero?
DC. Batman for sure.

Anything else you would like to add?
Just a shout out to Cody, Dave, and the coaches that Croga is just the coolest place and most awesome group of people I’ve ever known. I’ve been a member for going on five years and there’s no community I’d rather be a part of. I’m grateful for all the people I’ve met and continue to meet. Looking forward to all of us getting stronger and fitter in 2022 and beyond.

Oh, and I know you didn’t ask, but if I could program a “CJ workout” it would be:
4 rounds:
4 heavy bench press (or deadlifts or power cleans)
40 double unders
400m run 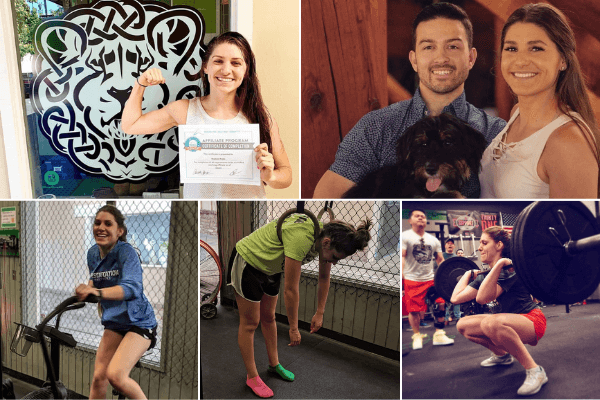 Stephanie P. is the October Member Of The Month 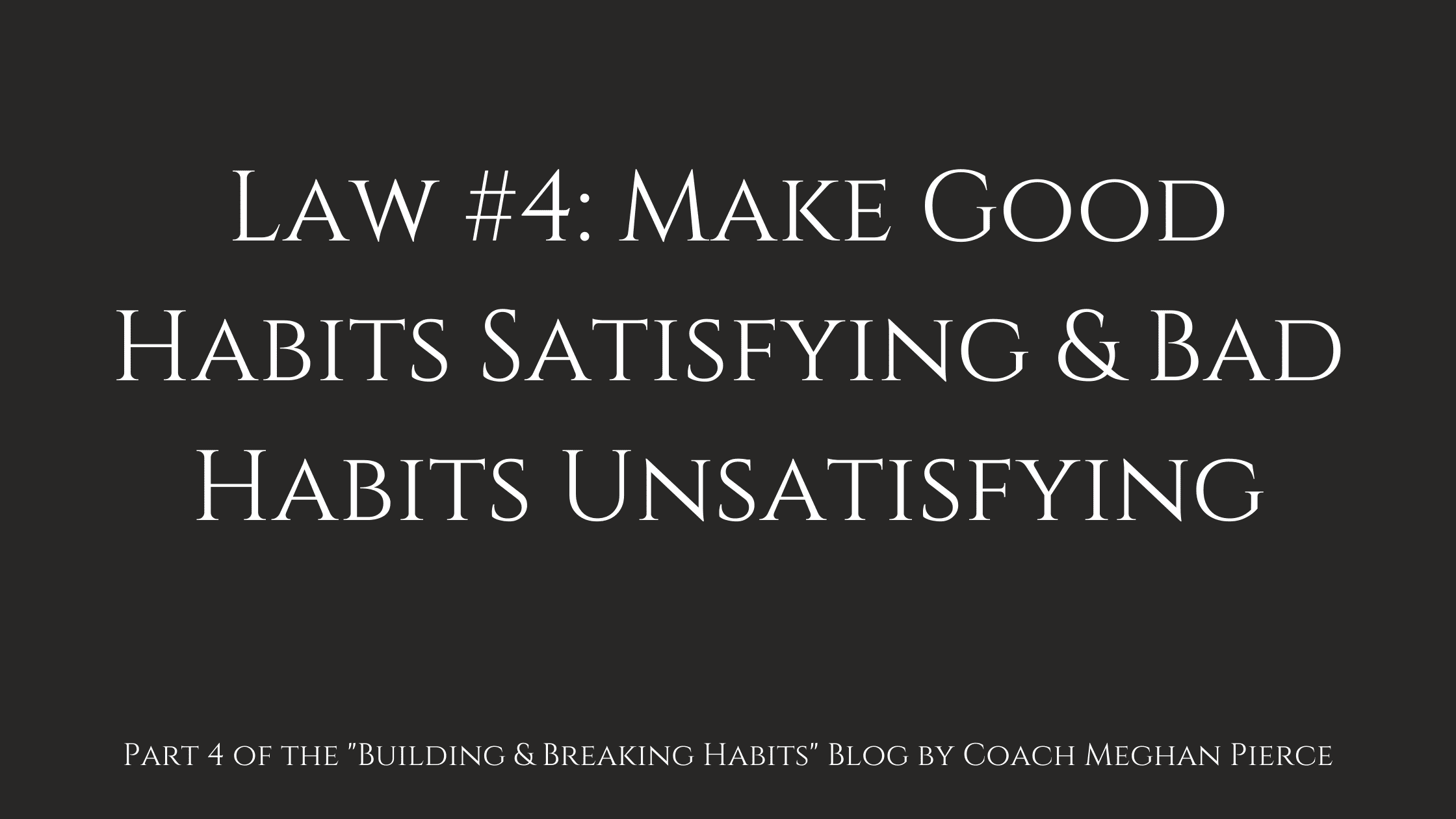 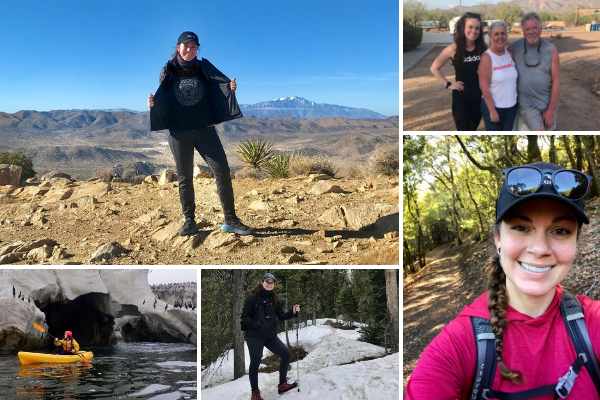 Rachel G. is the Member of the Month for January