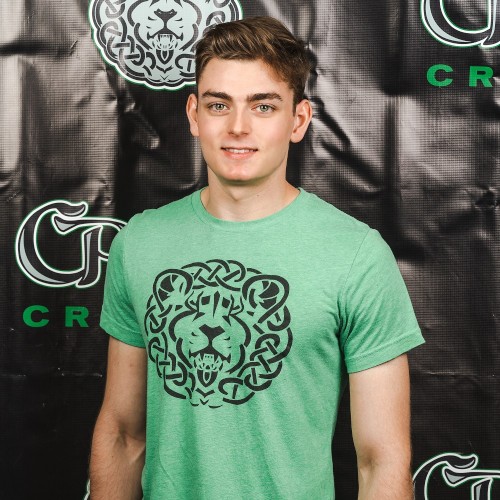 After trial runs at baseball, fencing, and soccer lasting two seasons, a couple years, and one practice respectively, Ethan found ice hockey at nine years old and was immediately hooked. Wanting to get stronger going into his freshman year of high school in 2016, Ethan started working out at Croga, where his mom, Julianna, was already a member. CrossFit became a separate passion, rather than just a supplement for hockey. Now a freshman at UCLA, the pandemic delayed Ethan’s move to southern California and allowed him to focus on other interests. He has always been interested in the mental side of sports and as someone who loves watching sports, he enjoys learning the nuances of each game. Becoming a coach has given Ethan a different perspective on CrossFit as an athlete and a chance to help others improve and reach their fitness goals.